Sex and Sexism in THE SINNER 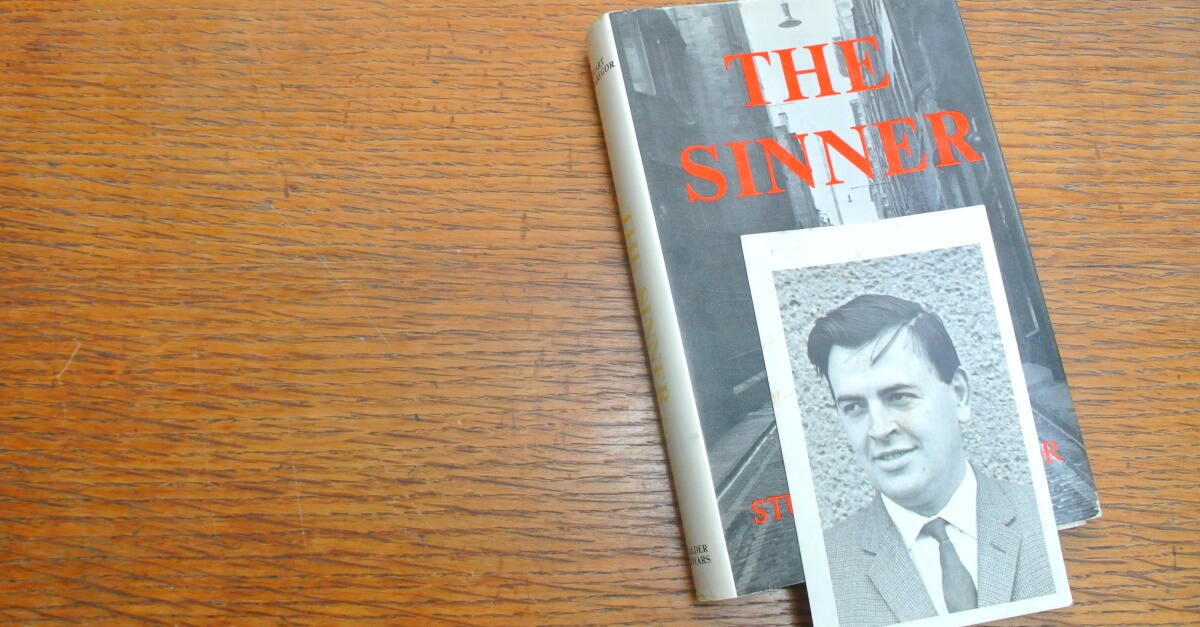 The author lays his ideas on the marble table of the cafe.

The publisher picks them up . . . and the revolts that follow are legendary.

I am a half of the way through the recording of an audiobook of The Sinner by Stuart MacGregor and face to face with the sexism of the novel.

Everybody knows about the sexism of The Sinner by Stuart MacGregor. The book should have even been known for it in its day.

But nobody talks about The Sinner, and so the discussion is never relevant, and never happens.

I have been talking about The Sinner, writing about it, reading it, publishing it, for the sake of all things holy.

I have been doing all those things and I feel that more should be said on the subject of the book's morality . . . for the sake of all things holy!

I talked to a fellow editor, and I suggested policing the book. This was the wrong word. In a conversation, this editor thought I was suggesting we cancel The Sinner, that we cancel Stuart MacGregor; cancel meaning 'to cancel', with the brazen solidity of the outraged mob . . . that kind of 'cancelling'.

But I didn't mean that when I said that I wished to 'police' the sexism of The Sinner, by Stuart MacGregor.

I think I meant something far more forensic, and the start of that exploration has been to itemise what I am talking about.

I do not mean to make a virtue of the fact that even by the standards of its day, The Sinner holds sexist commentary in its tone and action; because it is a novel that carries at least four different voices.

The different voices compete to be heard, it is a maddening piece of prose, dizzying, crazy, and wild.

There are also in the first half of The Sinner alone, at least two attempts by MacGregor to describe the stream of consciousness thoughts of a man during sexual intercourse.

This is so brave, probably the bravest, most foolihardy, uncessary experiment in all literature. But it called to MacGregor.

I say in this in his favour. These passages are incredible to read, enormous fun. There are three altogether in which he attemptes this during-sex-stream-of-consciousness. There is nothing like it out there!

And if you think about, and I have started to think about it, combine that experiment - - a literary attempt to describe what goes through a man's mind during intercourse - - with that highly depressive set of voices I have described . . . then stir it with a spoon labelled 1 9 7 3 ...

It is not going to end well.

One way to find out, I feel, is to publish the book. I am not at liberty to edit it or change the book, but I can have my opinions heard and offer a warning for anyone who wishes to see it for themselves.

And it is not as if the sexism is not challenged within its own pages; it is.

THE SINNER is simply THE SINNER, a work unique in tone and style, and a major achievement from an author who never lived to join us in these discussions.