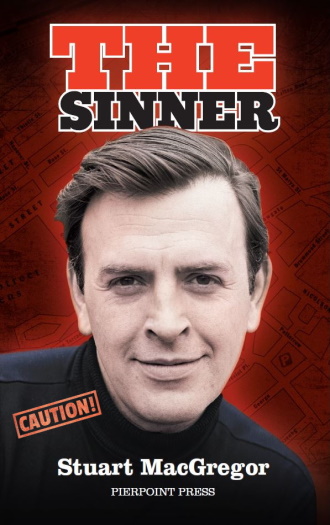 O tempora! O City of failed writers and successful folksingers - Great Whore of Babble-on, if only Mad John Knox could see you now!

Wild, experimental and nihilistic, The Sinner was published just months after the death of its author, Stuart MacGregor who was killed in a motor accident in Jamaica in 1973.

Denis Sellars, the self-serving narrator is a restless, suicidal folksinger and would-be novelist. The City of Edinburgh is his love ― his enemies are the forces of progress which seek to make commercial the art and music of Scotland.

Rob Sellars, his twin, is a successful folk artiste and has succeeded where Denis has failed; but with the might of right on his side, Denis decides between favour ― wider success as an artist ― and the raging dark side of himself.

Strikingly personal and unflinching in its portrayal of a man dealing head on with the brutal impulses of the id, The Sinner is the story of a man dedicated to defending grassroots music and literature, even if it comes to violence.

Combining amazing moments of passion with a suicidal and godless fervour The Sinner is a novel of despair, forever coming to terms with itself, and capturing the literary and folk scene of Edinburgh, circa. 1970, like no other work has ever done.

“The fight is between the slick and poppy folk-music that is earning London producers a fortune, and preserving the purity of the folk-music of the travelling communities of Scotland for future generations. Sellars makes it clear that this is the sort of music people have bled over and the living owe a debt to their ancestors to ensure only the song is passed on in its purest form, not the celebrity of the singer. The battleground is the bodies, ears and minds of those involved, so naturally the novel shows how fealty to a cause or person can be tested to breaking point.”

From Richie McCaffery’s Introduction to The Sinner 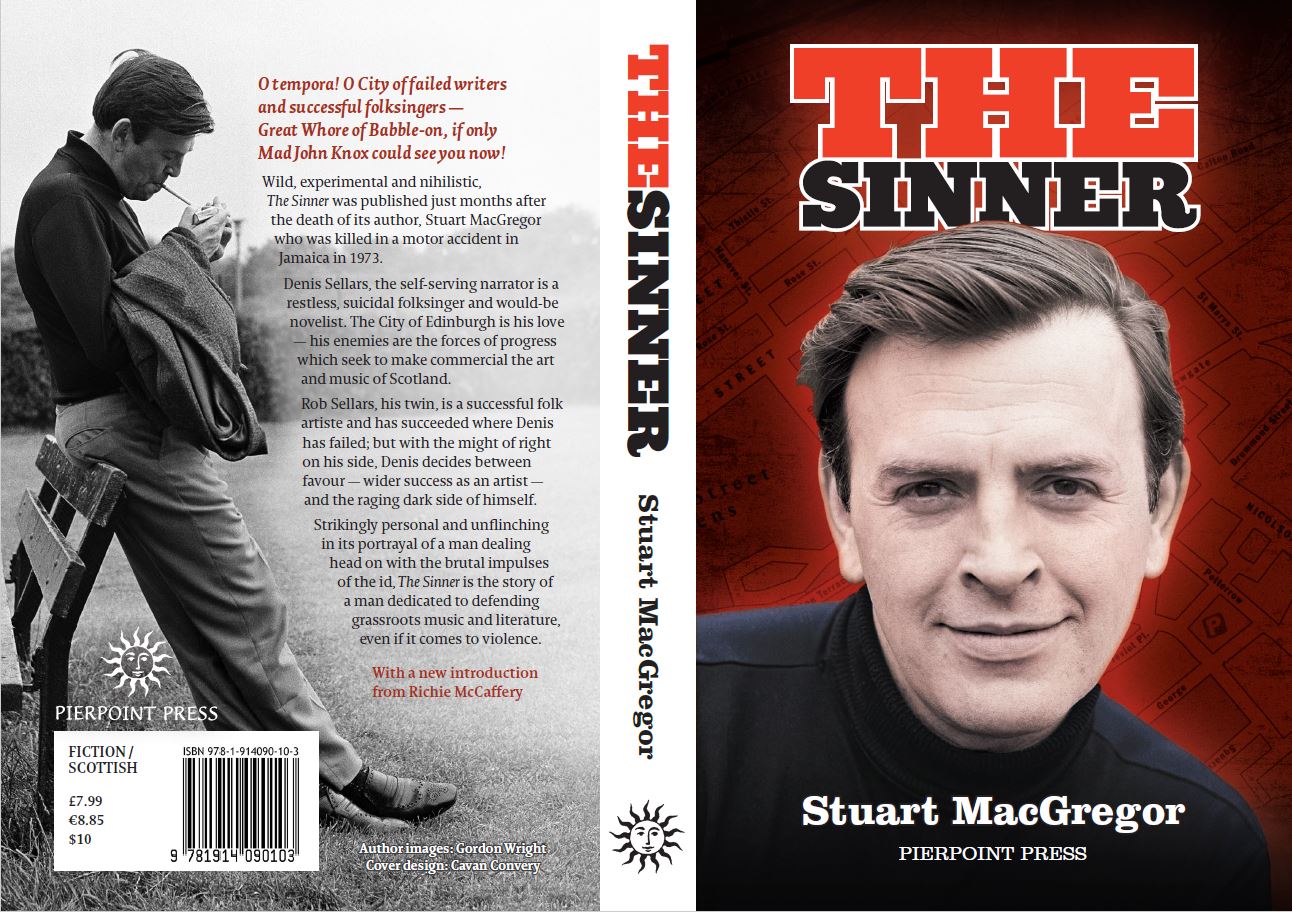 *
MacGregor died in a car crash in Jamaica in 1973, aged thirty-seven. Following his death, a Stuart MacGregor Memorial Prize was established by Edinburgh's Department of Community Health.
In 1958, with Hamish Henderson, MacGregor co-founded the Edinburgh University Folk Society and was its first President.
He wrote a number of widely recorded folk songs about Edinburgh life including the humorous "Sandy Bell's Man" about dating medical students, and the romantic "Coshieville."
MacGregor's poetry appeared in an anthology published by Reprographia in 1970, Four Points of a Saltire.
This featured the work of four Scottish poets, the others being Sorley MacLean, George Campbell Hay and William Neill.
MacGregor's two novels were The Myrtle and Ivy (1967) and The Sinner (1973), both set in the Edinburgh folk scene.
A radio play, The Month of Mary Paterson, was broadcast by BBC Scotland in 1968.