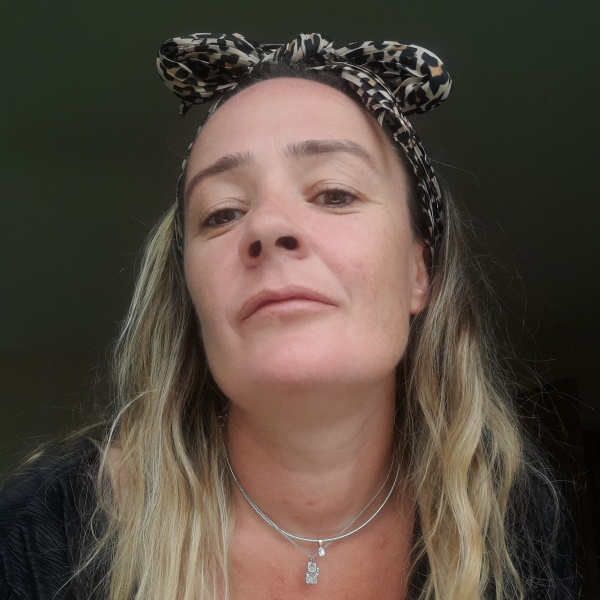 Carla Woodburn is a poet who was born in Inverness. She was raised in Tain in the Highlands of Scotland and now resides in Clydebank - where she has now been longer than the Highlands.

Carla studied Business Administration, Event Management and Social Care in different colleges around the central belt. She has been writing since her school days, expressing every day situations through poetry.

Carla moved to Barcelona in 2011 where she lived for four years, joined a poetry group called The Poetry Workshop and jointly with the group self published an anthology ‘Together Apart’. Carla has five poems published in this anthology. Moving back to Glasgow at the end of 2015 Carla joined the Glasgow spoken word scene, and found Tell It Slant poetry bookshop, (the only bookshop in Scotland dedicated to poetry) where she started her own monthly poetry event named Express Yourself and became a trustee of the bookshop. She quickly became acquainted with Sunny Govan Radio and took Express Yourself to the airwaves with her own successful weekly poetry radio show also called Express Yourself, which she still runs to this day.

Carla is part of a poetry collective named Woman With Fierce Words, with whom she has been published in the anthology ‘Woman With Fierce Words’. Carla was approached by the Scots Language Centre in 2020 and invited to take on the role of Scots Poetry Editor and facilitate an online Scots Poetry Column featuring a new Scots poet every month, Carla is still committed to this role today. Carla takes part in many spoken word events, festivals and open mic nights around Scotland and enjoys sharing poetry with others.