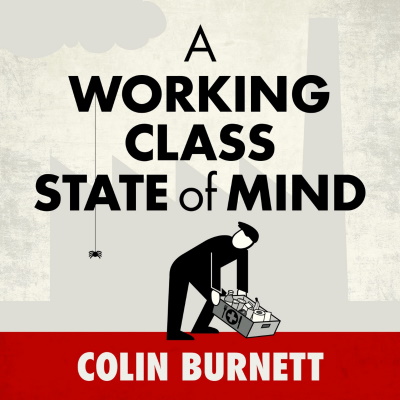 Written entirely in East coast Scots A Working Class State of Mind, the debut by Colin Burnett, brings the everyday reality and language of life in Scotland to the surface.

Colin's fiction takes themes in the social sciences and animates them in vivid ethnographic portrayals of what it means to be working class in Scotland today.

Delving into the tragic exploits of Aldo as well as his long time suffering best friends Dougie and Craig, the book follows these and other characters as they make their way in a city more divided along class lines than ever before.

The Audiobook is available soon on Audible and Apple Books, narrated by Patrick Wallace.

Listen to a sample chapter: "Sheep Without a Shepherd"