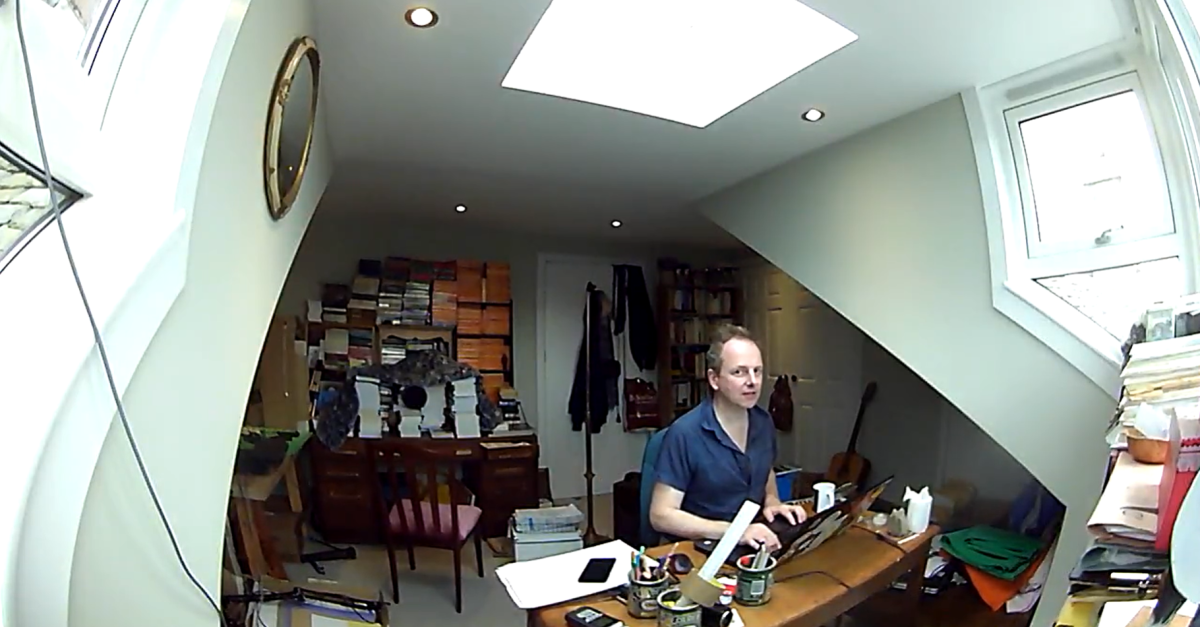 PETER BURNETT writes: This publishing enterprise is still on its first lap, and is a one-person operation, with that one person doing everything. That's: typesetting, recording audiobooks, building the website, book design, sales, administration of any business or financial doings, creation of ebooks, editing manuscripts, working with writers, creating social media posts of interest  . . . everything.

The week began with two bursts of typesetting, completing a first draft of Weird Pleasure by Jim Ferguson, which should be out before Christmas; and commencing a new typesetting job on John Herdman's Ghostwriting, which will also be published by Christmas.

I began to think again about covers for John Herdman's novel Ghostwriting. As I'd done with Imelda, I began to browse some copyright-free images to see if one could be adapated for use. I searched on Wikimedia Commons, under the heading Writing in Art  . . .

Having grabbed a few which I thought to be of interest, I emailed them to John to see what he thought.

The shortlist comprised these first batch of culled beauties: 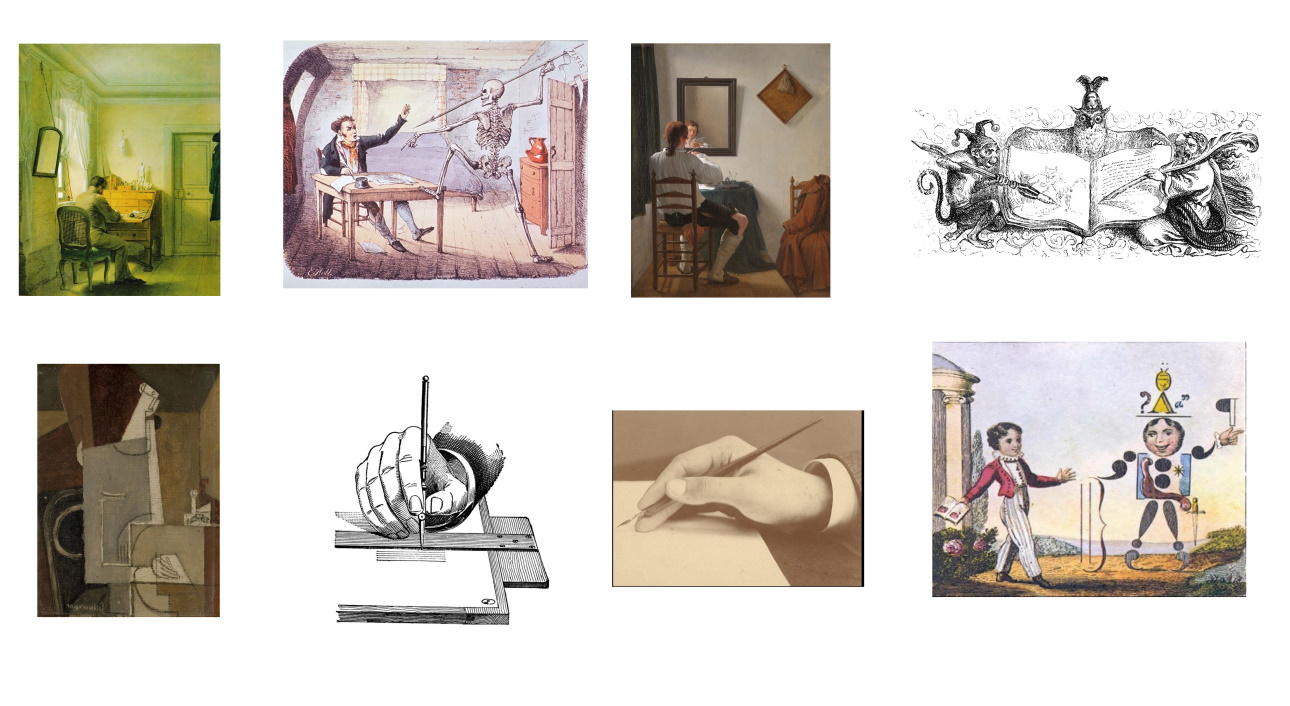 John had a look at these and got back to me quickly, saying he rather favoured the young man who is being beseiged by the deathly skelton. "That's Leonard Balmain in fear of his life (and justifiably so)" he wrote to me.

In the meantime, and quite by accident I'd had an idea. I wondered if the sepia portrait of the hand might look good turned on its side . .  as if that hand appeared from above? I made a quick mock up of this, and liked it.

Since early in the year I have been having difficulty with one book cover, being that for Lesley Storm's poetry collection, It's About Time, which will be published on 1st January 2021. Three people have so far tackled the lettering on the cover of this book, and none have in my view managed to nail it. I therefore spoke to a font-specialist who lives and works north of Dundee, and he promised to have a look at this issue for me.

Making books is in fact it. I recorded two parts of two audio books, here in the office, with a new microphone . . . the third microphone I have so far tried in this process. This new microphone is a directional mic that does not appear to capture background noise. The resulting files still need to be edited, and despite having recorded three audiobooks so far, in this first lap, none have yet to be released, and all are in post-production states of various sorts.

Finally last night, I returned to writing a 3,000 word piece I wished to submit to the Edinburgh Literary Salon's 2021 Anthology. I am not sure that my piece will be accepted. I have a tendency to write against current orthodoxies. That is where my piece on the requested theme of 'renaissance' will lie.

I note that there has been no book-selling going on so far this week. I have editing work to do on two manuscripts, one that I am doing as a favour for someone, and which I am not even publishing; and one that is taking a long, long time, due to its unfinished nature, and the conversations that I find myself embarked upon with the author.

But I noted this day, with horror, that I have only sold two books so far this month.

Two books this month!  In selling on Amazon, one needs to pay them advertising money, which I am not yet ready to do. If people don't buy books, however, I may end the year demoralised. September has been by far the worst month so far!