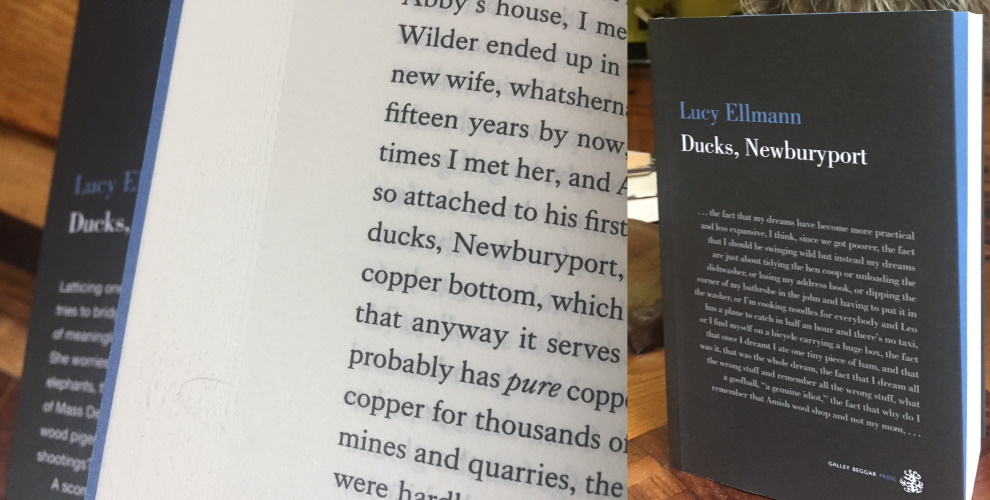 Lucy Ellmann's Ducks, Newburyport was too heavy for me to stow.

The length of Ducks, Newburyport's single sentence is 1000 pages ― and so when I was fixing up to go on summer holiday, I couldn't justify carrying it. That one sentence weighs some 1160 grams.

By this stage I had read 300 pages, so I'll write about them.

As well as its unique contents, it's the most unusual book-as-a-book, as you'll see.

But as for taking it on an aeroplane, a warning: carrying Ducks, Newburyport will upsurge your carbon footprint, with the amplitude of its volume.

That is the only negative thing I could ever say about it. 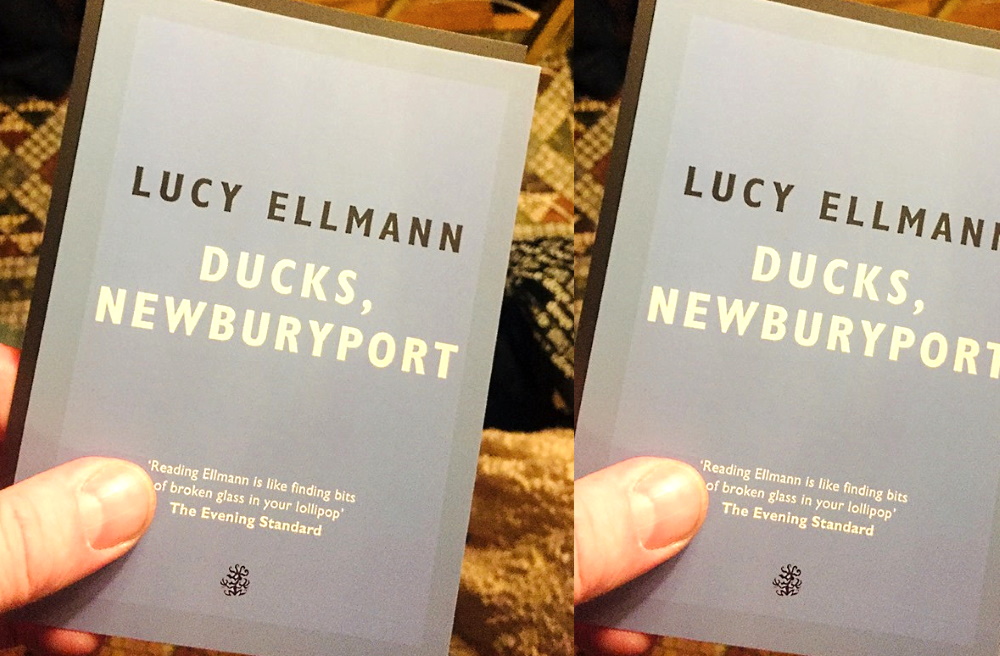 Meanwhile, you’re up early in the morning and crafting pies, cinnamon rolls and a whole stew of bakery, and while you’re at it, even before 7am, you’re contemplating family, and the gripping minutiae of your domestic, urban, suburban American life, the dentist, everything in fact, and Ducks, Newburyport is very like the course of your thoughts, and the way you think about everything, really everything.

This is because you’re the character in Lucy Ellmann’s tour de force chef d'oeuvre, Ducks, Newburyport and that means thinking about Donald Trump, because we all do that every 15 minutes, as well as living through many sad reflections on pets past, thinking about mother, being mother, along with memories of everything, like when you were teaching college, or getting that cancer treatment, or the films you've seen.

Because this book Ducks sandwiches all of these, and more, in a massive hard-to-carry and easy-to-read work of art, it sentences all of them in fact into an acutely, accurately rendered imagining of the human mind as it panics its way through a day today.

It means mulling on everything in no order, other than the typical disorder of thoughts, and at a faster pace than thought itself, while conversely slowing down your thoughts, insofar as Lucy Ellmann has always tried to slow her readers down.

Politics are unavoidable. She’s conservative about some things but kinda forced into being fixated on guns like everyone else, and hates the ‘Open Carry’ guys who take a pasting. She has a weakness for animal suffering but seems unsure about the suffering of humans, maybe because the humans, like Trump, seem to be causing the suffering.

This Mrs America with her loving husband, Leo, and her four children, cubs, also has a head of news headlines, and the headlines ask questions of her all the time.

That is a real wonder that must be acknowledged!

That this book in itself is an engineering masterpiece, to be applauded.

So even if you don't read Ducks, Newburyport, you must pick it up and admire it. You really ought to try it for proportion and finesse!

... I think that people today must be the saddest people ever, because we know we ruined everything, even geraniums probably, the fact that, heavens to Betsy, I'm sure people haven't always lived in such a constant state of alarm,

These conclude my thoughts so far on the novel Ducks, Newburyport.