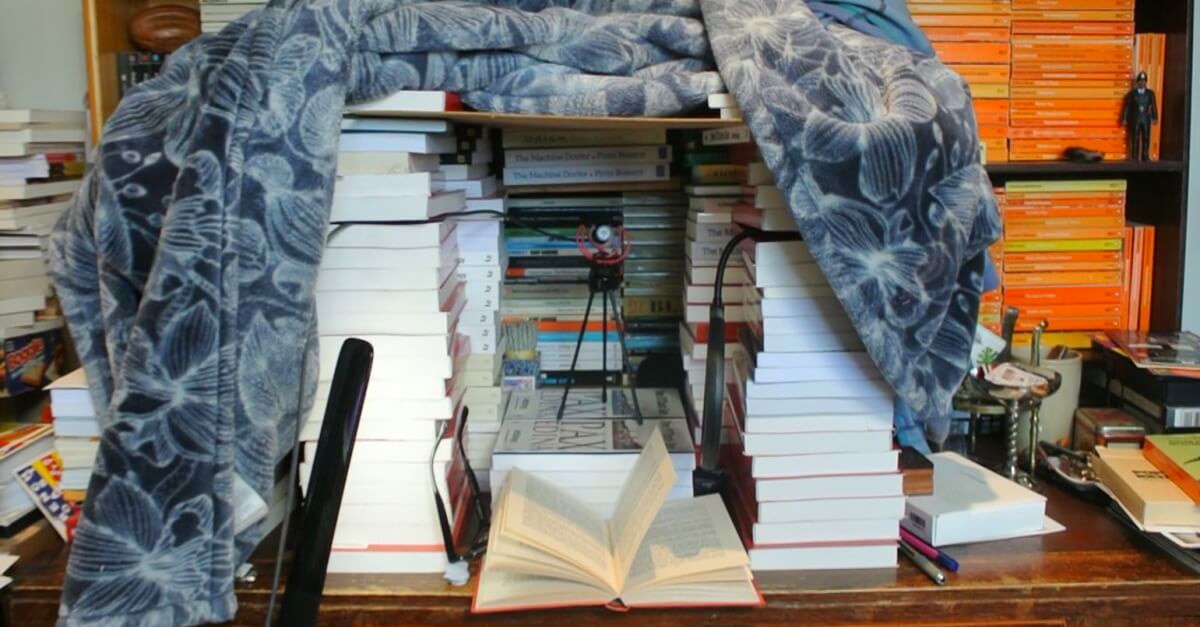 I stand up, absent-mindedly smoothing my Rock Hudson torso with both hands.

I place the book down and look at the computer screen to see how long it has been.

Files are anywhere between nineteen and forty minutes; although Stuart MacGregor's chapters tend to be about an hour; the last one was 54 minutes.

54 minutes inside the audio tunnel.

I have devoted one entire week to living in this other world.

I am recording audiobooks.

The audio tunnel has been some months in the devising, but it is ready.

This week, I have been using it every day to record audio books.

The audio tunnel is made of books. It is constructed from a book mountain, into which it is embedded.

The books on the immediate walls of the audio tunnel are from my publisher stock. They are heavy, and uniform. They are dense and make great bricks.

Within the Leamington Books audio tunnel, I find not just the concentration required to read a book aloud, giving meaning to each word.

But there is form of escape, it is another reality, certainly one of scale.

A trick of memory. What does the audio tunnel remind me of?

It reminds me not excatly of being small, but of being miniature!

The only thing to concentrate on in the audio tunnel is the page in front of you.

That is beautiful, none of the clean light of normality.